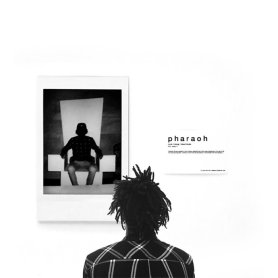 On p h a r a o h, Jansport J (aka prolific DIY beatmaker Justin Williams) invites listeners to join him on a truly remarkable journey. Over the course of 42 minutes and 27 tracks, J weaves innumerable samples from throughout hip-hop and R&B history into a captivating sonic tapestry, bursting with color and emotion.

In an interview with Bandcamp, J reveals that origins of p h a r a o h lie in the Covina, CA-based producer’s entrapment in New York City in the midst of a blistering snowstorm early last year. Thus, experiencing the album is very much akin to a subway ride through the various neighborhoods of NYC. No track is longer than two-and-a-half minutes, meaning that beats stick around just long enough to hold your attention, then morph into new ones. Static abounds, and beats regularly fade in and out like radio glitches. These changes, though, are never jarring but, thanks to Williams’ seamless production, feel like natural progressions. Think of it as a hip-hopera in 27 short acts.

The trip begins with the opening invocation of “Peace, Pt. I.” Over a wonky, galloping backbeat, an unidentified voice calls upon “our ancestors…pyramid builders,” as a bustling congregation echoes his prayer. J’s unique and notable use of the human voice continues throughout the album as he sprinkles in among the tracks scattered snippets of conversation and recorded speeches. The variety of voices heard here contributes further to the metro motif, bringing to life the colorful and wildly varied personalities of the L-train.

This use of human speech reaches an unforgettable profundity with the track “RIP Harambe,” which opens with a sound byte of a news report on the Cincinnati Zoo’s highly controversial shooting of the titular ape last summer (“Some of the video you’re about to see may be disturbing”). The tribal drums, bongos, keyboard bleeps and screaming kids are succeeded by the clicks, whacks and thumps of the 6/8-time “12,” in which a 911 dispatch expresses concerns about a young black man “in a white t-shirt” – sentiments heard far too often in an age of rampant mass shootings and racial profiling. The implied commentary from Williams here packs an unsubtle, necessary punch: Why is the life of an animal valued over that of a black man? How is it that the media routinely broadcasts the violent deaths of people of color without a second thought, yet warns its viewers about “disturbing” footage of a gorilla’s demise? It serves as a brutally effective document of racism in the 21st century.

The music, of course, isn’t to be overlooked either. Old-school boom-bap, funk-saturated guitars, psychedelic keys, analog synth burps, quiet-storm strings and intricate harmonies all sit side-by-side comfortably as J unfurls lush, delectable instrumentals one after the other in dizzying succession. His samples run the gamut from Mos Def (on the mellow, soulful “IWasFeelinShortee”) to Luther Vandross (atop the overlapping, undulating synths and hi-hat of “Crenshaw,” an anthem to J’s native West Coast) to the King of Pop (a slowed-down loop of the “Rock With You” chorus prominently featured on the breezy “Crush”). Such brilliantly-employed pop touches give a slight touch of familiarity to the recording, brief interludes of calm amid the raucous turbulence.

J is quickly becoming a rising star in the vast galaxy of instrumental hip-hop, and p h a r a o h makes it easy to see why. His scrappy, expertly-constructed, classic soul-and-R&B-informed beats have garnered him inevitable comparisons to the mighty J. Dilla, whose groundbreaking Donuts J himself has referred to as the movement’s sacred manuscript – the work that made it possible for producers to craft worlds of unparalleled beauty using only 90-second nuggets of noise. In discussing his style, J also cites such varied influences as Timbaland, Madlib, Eric B. & Rakim, the Alchemist, even his own fiddlings with a See ‘n Say as a toddler. But derivative this ain’t – he synthesizes these many influences into his own distinct voice, breathing new life into the genre itself.

There’s never a dull moment in p h a r a o h, or an unnecessary one; J always keeps it rollicking, riveting, and thoroughly enjoyable as he fuses his gritty atmospherics with arrestingly gorgeous paintings of sound. It’s a sprawling celebration of a culture and its art, a masterwork as lively, eccentric, industrious and varied as the bustling metropolis that inspired it. Williams is clearly a master at his craft, and he’s just getting started; here’s hoping that this and subsequent releases garner wider attention and accolades for this ridiculously underrated talent. Peace. (8.9/10) 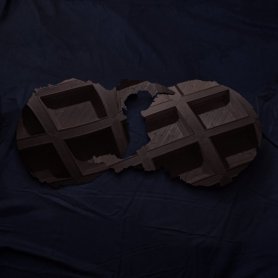 Following the departure of longtime collaborator (and one-time love interest) Amber Coffman, Dirty Projectors mastermind Dave Longstreth found himself forced to soldier on as a solo artist. In the face of heartbreak and creative isolation, Longstreth did the only logical thing he could: write a new album with the most personal material he’d ever recorded, his feelings of abandonment and alienation serving as lyrical and aesthetic fodder. That album, Dirty Projectors (what else could he have called his solo debut?), is a frantic, arty, gorgeously strange breakup symphony that offers a bizarre fusion of James Blake’s brand of understated soultronica; the jittery, juicy energy of tUnE-yArDs and Age of Adz-era Sufjan Stevens; and Longstreth’s own weirded-out psyche.

“Keep Your Name,” co-written with fellow noise experimenter Tyondai Braxton, starts the record off with chiming church bells, which abruptly morph into somber piano chords over which Longstreth mournfully meditates on the end of his creative and romantic relationship with Coffman. “I don’t know why you abandoned me,” he croons. “You were my soul and my partner.” His signature spastic vocals are thick and lethargic, contributing quite effectively to the distortion of reality he is experiencing. This warped mindstate is further documented by the addition of clicking percussion; a screechy, industrial equipment-aping sample of DP’s “Impregnable Question” (“We don’t see eye to eye”); and a nervy, double-speed interlude wherein Longstreth directly attacks Coffman – and highlights their clashing musical visions –  by mocking with sonic discord the sugary harmonies she once added to his music. “I don’t think I ever loved you/That was some stupid shit,” he rap-speaks on the bridge. “We shared kisses and visions/But like KISS’ shithead Gene Simmons said/A band is a brand and it licks that our vision is dissonant.”

Musically, Dirty Projectors is one of Longstreth’s most idiosyncratic efforts to date, as well as his most heavily indebted to modern R&B. This becomes clear early on in the record when “Death Spiral” splatters a latter-day Kanye-inspired soundscape with piano glissandos, laser-zap synths, flamenco guitar, and scattered organ – all while making frequent and all-too-appropriate use of Bernard Herrmann’s Vertigo score. Longstreth sounds entirely unhinged here, shifting in and out of an broken, volatile falsetto as the loss of his love sends him on a dramatic, stormy downward descent not unlike an aerial catastrophe: “I was reborn the second before the plane became shards of glass when it crashed on arrivaI/I woke up feeling like I’m sipping on some René Descartes, and you’re Big Gulping the Bible.”

Longstreth’s postmodern soul flirtations continue throughout the record. “Work Together” finds him warbling in cadences similar to those of Justin Timberlake over a chaotic hook laden with off-kilter drums and microtonal voice samples. The pretty, deceptively sweet “Little Bubble” crosses into weepy 70s folk-pop ballad territory before proceeding to turn the very genre on its head. On the Caribbean-smooched “Cool Your Heart,” he brings Solange Knowles and guest vocalist Dawn Richard along for the ride, the latter’s smooth, melodious voice creating a perfect counterpoint to Longstreth’s anxious yowls.

One of the record’s more honest moments comes with the seven-and-a-half-minute epic “Up in Hudson.” Intricately-layered vocal harmonies, a jarringly triumphal horn section and invocations of Roberta Flack flutter across a vivid account of Longstreth’s and Coffman’s partnership – their eyes first meeting at the Bowery Ballroom and the tour dates, trysts and “slept-on floors” that followed. After the turbulence of the preceding two tracks, we get somewhat of a return to the bouncy worldbeat-influenced rhythms of yesteryear as the singer wistfully recalls what once was – or, rather, what he once thought was. But love, as he says, is a fleeting thing – it burns out, fades, rots, dissipates. By song’s end we’re left with whining guitars swirling and twisting around each other atop rattling kitchen-sink percussion, our two lovers farther apart than either could have anticipated (“Now I’m listening to Kanye on the Taconic Parkway, riding fast/And you’re out in Echo Park, blasting 2Pac, drinking a fifth for my ass/I’m just up in Hudson, bored and destructive, knowing that nothing lasts”).

As is true for many of the great breakup albums, Dirty Projectors follows an arc of sorts. Its first half is largely spent brooding over Coffman and coming to terms with the estrangement, but a turning point seems to arise in the final stretch. In the aftermath of his earlier “death spiral,” he launches into an “Ascent Through Clouds,” struggling to establish independence from the relationship (“I am not contained/In my chest or in my brain/I am energy unconstrained”). On “Cool Your Heart,” he muses further, “Last night I realized/It’s been feeling wrong to start relying, making decisions based on another person.” By the time we get to the organ-splashed, gospel-like “I See You” (on which Yeezy cohort Elon Rutberg shares songwriting creds) it feels like he’s found something resembling peace of mind, claiming, “I believe that the love that we made is the art.”

It’s safe to say that Longstreth is Dirty Projectors. Since the group’s inception in 2002 – and at present in particular – he has served as its sole constant and driving creative force. Still, much of what made records like Bitte Orca and Swing Lo Magellan special were the lovely, complex backing harmonies courtesy of Coffman (and, for a brief while, fellow band expatriate Angel Deradoorian). This time around, the vocals are all Longstreth’s, and he manages to make it work. Still, if there’s a weak spot to his sonic noodlings, it’s the notable lack of input from those gifted collaborators. (Incidentally, Coffman’s own solo effort, City of No Reply, is slated for release sometime this year, and it’ll no doubt be fascinating to hear her side of this whole rigmarole.)

This record is a guy working through his personal shit in real time. In this case, though, the guy in question is David Longstreth; as a result, the journey is compelling, affecting, and endlessly inventive. It’s intimate without being too self-indulgent, utilizing plenty of sonic bells and whistles but never suffocating the final product with them. To be sure, Dirty Projectors is a departure for its namesake, but it’s one that appears to have changed Longstreth for the better upon reaching the other side. (8.6/10)